The anticipation of having Jack’s dick in his mouth is more than Steven can handle and he gets down between Jack’s legs to take the stud’s big cock down his throat. He works it with ease until Jack is ready to take a try at fitting Steven’s massive dick in his mouth. 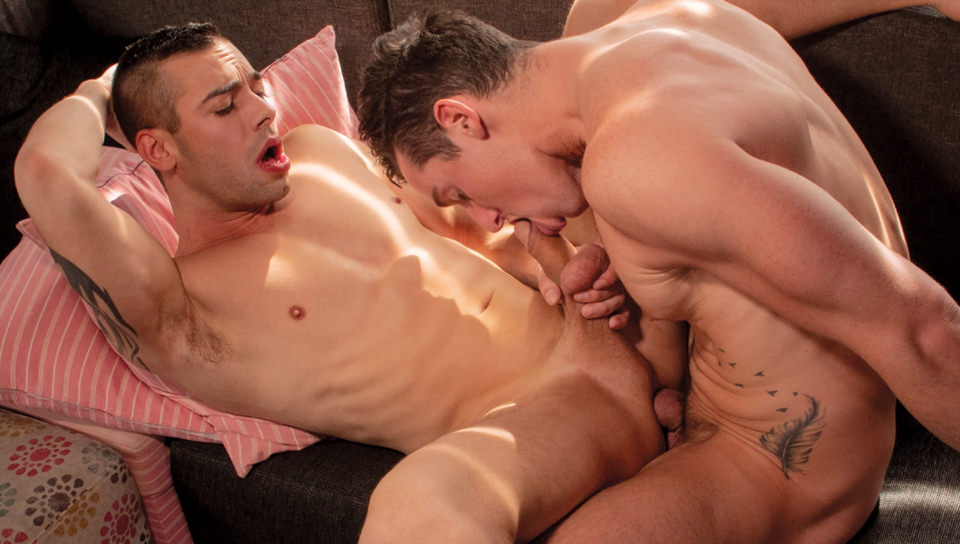 It’s a tight fit but Jack sucks it down, working it up and down with his tongue and lips as it slips in and out of his hungry throat. Neither stud can get enough of the other and after tasting each other’s smooth asses, Steven is ready for more.

He slides his extra-large dick deep into Jack’s tight hole and opens it up as he slowly slips all the way inside. Jack loves the feel of Steven stretching him out and wants it even deeper. Jack hops on to ride Steven’s thick pole, going all the way to the balls as his own giant dick swings up and down with each bounce of his hungry hole.