After a short intro where Curtis Dee tells us about his first experience and some of his likes, the boys dive straight in kissing each other. 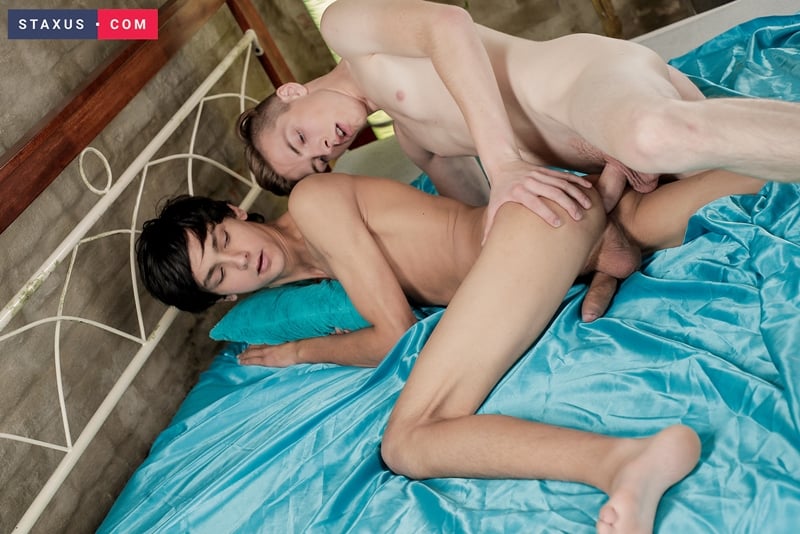 Adam Veller eagerly touches Curtis’ package, it goes without saying at this point that Adam is hungry for a dick.

In barely 5 minutes into the scene he already has his lips wrapped around Curtis’ rock hard ramrod.

Curtis, also gets his fair share of Adam’s dick, although his thoughts are elsewhere, as soon his tongue is diving in Adam’s hole preparing him for the fuck fest that awaits.

It goes without saying that Adam loves Curtis’ dick as after being fucked on all 4’s he soon is on top of Curtis to ride his dick.

All the Staxus updates right here!