Mason Lear is walking around stroking his huge cock as he hears moans off in the distance. He spots Ricky Larkin jacking off in a leather chair and decides to join him. Ricky invites Mason in to get on his knees and start servicing his massive dick. 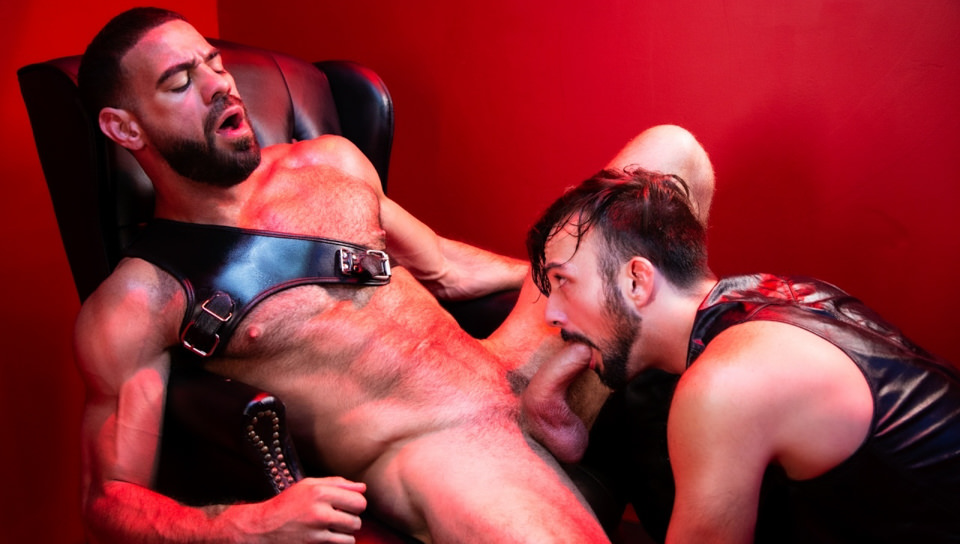 Mason starts at the balls, making sure to breathe in every smell and savor every taste of Ricky’s meat before sliding it in his mouth. Mason grabs hold of his own throbbing cock while he continues to gag on Ricky’s.

Ricky wants to see just how orally talented Mason is, so he holds his legs up to give Mason complete access to his hairy hole. Ricky keeps stroking hard on his dick and tight balls while Mason keeps his face planted in Ricky’s crack.

Each sniff and lick from Mason moves Ricky closer and closer to dropping his load. As his eyes roll into the back of his head, Ricky strokes out thick ropes that land on his hairy abs for Mason to lick up and taste.