It’s a windy, stormy night in Fort Lauderdale when dealer Manuel Skye joins Roman Todd in the hot tub. Roman’s ready to make a transaction, but he wasn’t expecting Manuel to put the moves on him and expect more than the cash.

When Manuel takes Roman’s cock in his mouth, Roman knows he’s going to have to give it up to close the deal. The two studs move it to the bedroom where Roman takes over sucking on Manuel’s thick, uncut dick. With Roman’s lips wrapped around Manuel’s cock, he takes it to the next level by bending the tatted bad boy over to rim his ass. 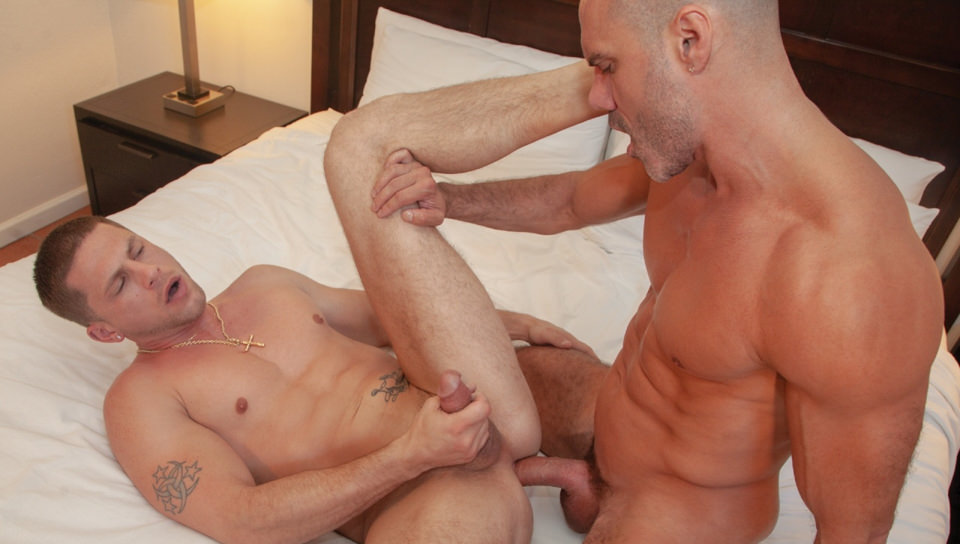 Roman can’t get enough of Manuel’s dick in his mouth and the two 69 on the bed until Manuel is ready to fuck. Roman bends over to take every inch of Manuel’s raw cock deep inside his body. It’s a tight fit but Manuel manages to slide it all the way in.